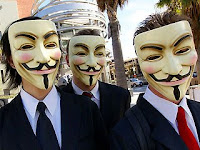 Formless spiritual. Father, Word and Holy Breath. Allfather, the heavenly man. Hiesos Kristos, magician of the beautiful, the Logos who suffers in us at every moment. This verily is that. I am the fire upon the altar. I am the sacrificial butter. (James Joyce, Ulysses)

Our country, don’t forget, was formed by cultists: Pilgrims, Puritans, Quakers, Mennonites, Congregationalists, Shakers, Anabaptists, Amish—little groups of outcasts bound together by their defiance of the status quo.

Cults are defined as : ‘a social group sometimes accused of mentally, physically, or sexually controlling its members.’ ‘A religion or religious sect generally considered to be extremist or false, with its followers often living in an unconventional manner under the guidance of an authoritarian, charismatic leader.’ ‘A quasi-religious organization using devious psychological techniques to gain and control adherents.’

Words associated with cults by their critics are: indoctrination, isolation, destructive, elitist, separatist, totalitarian, authoritarian, dangerous, fear, violence, brain-washing, mind-control, physical restriction (some adherents have to be abducted by anti-cultists)—in sum, not a very happy picture.

There are two large cults in the U.S., both of which prefer to be called churches: Mormonism and Scientology.

On a recent trip to Salt Lake City I stayed in the house of a sister-wife, one of the wives in a polygamist harem. The hostess treated us suspiciously. Around town the Mormons seemed a bit like people in a creepy movie, walking around smiling, heads full of holy thoughts. Then I met an ex-Mormon in California, and he went on and on about Mormon underwear and how The Saints pressure and coerce their flock to keep it in line like yapping sheepdogs. Another disquieting zealot.

Are you worried by Scientology? Invented by a science fiction writer, it seems like an elaborate joke. Why the huge draw on actors? And how should we view an actor’s work when we know he/she is a cultist in real life? It shouldn’t matter, right? But it does.

Want a list? (from the internet, may contain inaccuracies)


Does this list mean anything? Yes. What? I don’t know.

I’ll leave it to you to expand the topic through your own research. Talk to a current member and an ex-member of any group that interests you to get perspective. Don’t ignore spirituality. Make up your own mind. But don’t go into a room where they lock the door.

Sitting all together with a congregation of like-minded people, dressed up, chanting comforting nonsense, standing, sitting, singing, hoping for the common purpose to be realized before our eyes, praying for victory … wait, am I talking about spectator sports? The Giants in the World Series again? Sorry, got distracted. Maybe the cults don’t have such a hold on me after all. Or maybe being a sports fan is, emotionally, the same drug.