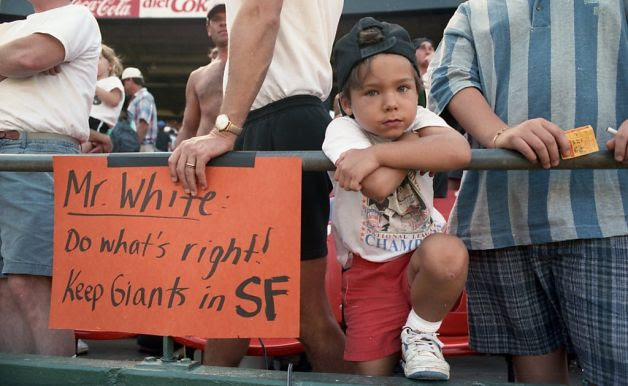 We, and I say we when discussing the San Francisco Giants because the players always say they couldn’t have won without the fans so I accept that responsibility, we really stunk in June and July. We lost over and over; the whole team in a slump, a blue funk, unexplainable. Slowly we crawled out of the grave by our claws, but this season wasn’t pretty. We had so many wins from the spring that we could keep a short distance behind the Dodgers right up till the end when we were allowed to play a sudden death match against Pittsburg for the wild card. Pittsburg was picked to win, we did. Then we had to play 5 against the Nationals, who were favored to win the World Series. We won. Then we took on the other strongest National League team of the last few years, who regularly chews us up and spits us out, the Saint Louis Cardinals. We won. Then the World Series against the Kansas City Royals, another underdog, another wild card winner. Where is Kansas City? Who are these guys? They aren’t famous, like a team out of a cornfield. And they had an up and down season too. Maybe the two teams are too similar for one to dominate, without 'maybe'. In game 6 we lost 10-0 to these upstarts, ugly ugly. We won game 7 by using our secret weapon, an ace pitcher that is nearly an unhittable pitching machine. Oh, we won.
I stayed up all night every time there was a game on because they were broadcast live in Italy starting at 1 or 2 am. One game went 18 innings and almost 7 hours. I loved every second. My students thought I looked tired. But what I want to talk about is something that happened after our victory. In 2010 we were shocked and giddy that our scrappy cast-off team of nobodies had actually beaten all the best. We hooted and laughed for the first time in our baseball lives. In 2012 we had a solid team of, well, Giants and we swept Detroit unceremoniously. We cheered our heads off and shook our fists. You unbelievers take that. Still calling it 'luck'?
This year we were considered ‘most unlikely to’, so that the only believers in our skill and will were our own players, staff and fans. Outside San Francisco everyone was paying attention elsewhere. So when all of the above happened, the news crows pounced on our players to interview them with the usual “how does it feel?” Or rather, “Nobody thought you could win, how does it feel?”

Larry Baer, our fearless leader, had bloodshot red eyes when he appeared in public to accept the trophy. Brian Sabean, a tough SOB, cried like a baby. Bruce Bochy, a big grizzly bear, cried on camera. Grown men. Pablo Sandoval, who some people think will be a future Dodger, cried during his interview. And Jeremy Affeldt couldn’t keep it together enough to even talk. Not to mention guys I didn’t see: Dave Righetti, Tim Hudson, Jake Peavy, Travis Ishikawa, Ryan Vogelsong, Hunter Pence, Joe Panik, Lou Seal, Ashkon, and so on. Or shortstop Brandon Crawford pictured above at age 5. Plus about 1 million fans. Why all the tears of joy? Enough to fill AT&T to the upper deck? Me included. Why?

Because the whole baseball world called us LOSERS. They said we didn’t have a chance in hell. The experts had already picked the World Series winner as LA or Baltimore or Oakland or somebody, anybody but not the Giants, a so-so team with a couple better-than-average players. Vindication is sweet. Yes, yes, yes.

Happy trials, Martin
Mutt:  Whoa, he’s back!
Jeff:  Let’s not make a big deal out of it. It’s probably an oversight.
Mutt:  Sorry, I misspoke.
Jeff:  I was reading some interesting definitions from my college dictionary.
Mutt:  Lay ‘em on me.
Jeff:  MIDNIGHT OIL: (n) What you make popcorn in.
Mutt:  I’m hungry.
Jeff:  WRISTWATCH: (n) That device on your arm that lets you know which class you're currently late for.
Mutt:  The boss wears one in his pocket.
Jeff:  WEEKEND : (n) Two day period during which your growling stomach makes you really wish you'd signed up for the seven day meal plan.
Mutt:  I voted for Obama because he said: Yes Weekend!
Jeff:  VENDING MACHINE : (n) A coin operated device for dispensing breakfast, lunch and usually dinner.
Mutt:  Still hungry.
Jeff:  YALE: (1) (n) A well known ivy league university. (2) (v) What southern cheerleaders do.
Mutt:  Rat own!
Jeff:  YEARBOOK: (n) A book containing student pictures that will keep getting nerdier and nerdier as the years go by.
Mutt:  I styled my hair like Cindy Lauper.
Jeff:  Farrah Fawcett. YESTERDAY: (n) When the 12 page paper you started tonight was due.
Mutt:  More college humor?
Jeff:  ZERO: (n) The number of times you've gotten to eat most of the pizza you ordered.
Mutt:  Were we roommates, I can’t remember?
Jeff:  We never went to college, just Hard Knocks High.
Mutt:  I flunked out.
Jeff:  Me too. ZOO: (n) What dorms would look like if they were a little neater.
Mutt:  If my wife and your wife got together and hired two maids.
Jeff:  I saw that film. The Little Mere Maid.
Mutt:  Shut up.

Posted by E. Martin Pedersen at 2:00 PM No comments: