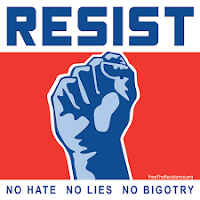 Mutt: Get this: chronic illegal parkers suffer from parking zones disease.
Jeff: Ouch. How about this? The Irish government is wealthy because its capital is always Dublin.
Mutt: Double ouch. You know the best way to communicate with a fish is to drop them a line.
Jeff: Why can't a bicycle stand on its own?
Mutt: Because it's two tired?
Jeff: No matter how much you push the envelope, it'll still be stationery.
Mutt: I used to be a shoe salesman, till they gave me the boot.
Jeff: What did the painter say to the wall?
Mutt: I know this, I know this. One more crack and I'll plaster you!
Jeff: Bravo. And old steelmakers never die, they just lose their temper.
Mutt: That one, I don't get. Old policemen never die, they just cop out.
Jeff: Unfortunately, old sewage workers never die. They just waste away.
Mutt: Some Spanish government employees are Seville servants.
Jeff: Ready? This is good. A man hit another on the head with a soda bottle, killing him. In court, he claimed he was influenced by the song "Let's Get Fizzy-Kill".
Mutt: Oh, we are so funny.
Jeff: We crack us up.
Mutt: Ready to hit the streets again?
Jeff: Don't agonize, organize.
Posted by E. Martin Pedersen at 8:04 PM 1 comment: