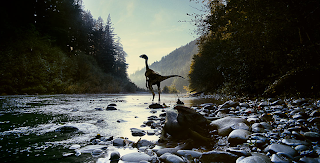 This is my incomplete list of the best films I saw in 2011 (I watch films on Sky television, so they will likely be from past years):
Cars

Crazy Heart
El secreto de sus ojos (The Secret in Their Eyes)
Fair Game
Henry Poole Is Here
Howl
Love and Other Drugs
Moby Dick (2010 mini-series)
Motel Woodstock
Reindeer Games
Shutter Island
Sugar
The Adjustment Bureau
The Concert
The Girl Who Kicked the Hornets’ Nest (Swedish)
The Girl Who Played with Fire (Swedish)
The Girl with the Dragon Tattoo (Swedish)
The Road
*The Tree of Life
Too Big To Fail
Up in the Air
*Best ever
That's it, whatcha gonna do?

Mutt: Good day, my fine feathered friend.
Jeff: Same to you but more of it.
Mutt: Ready for the funny stuff?
Jeff: When's it start?
Mutt: Now. When women enter middle age, it gives men a pause.

Jeff: So funny I forgot to laugh. How about: Prison walls are never built to scale?
Mutt: Not bad. The man who fell into an upholstery machine is fully recovered.
Jeff: Glad to hear it. If you don’t pay your exorcist you get repossessed.
Mutt: Oh yeah. There was a guy who was fired from the orange juice factory for
lack of concentration.
Jeff: When I was a kid, we were so poor we couldn’t even afford to pay attention.
Mutt: I used to be a tap dancer until I fell in the sink.
Jeff: Atheism is a non-prophet organization.
Mutt: The poet had written better poems, but he’d also written verse.
Jeff: There was a ghost at the hotel, so they called for an inn spectre.
Mutt: Ancient orators tended to Babylon.
Jeff: The short fortune-teller who escaped from prison was a small medium at large.
Mutt: You didn’t hear about the three big holes in the ground? Well, well, well.
Jeff: It was raining cats and dogs. There were poodles all over the road.
Mutt: When chemists die, we barium.
Jeff: And last but not least ... Santa’s helpers are subordinate clauses.
Mutt: You told that one last year.
Jeff: Hoppy Cassidys to you too.
Posted by E. Martin Pedersen at 7:56 AM No comments: