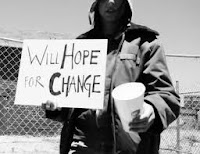 Hello Fans,
The response to this year’s quiz was terrifyingly terrific. Literally or figuratively thousands of you responded, all wrong of course. I'm keeping all the prizes. The most popular answers were that all those bigshots listed were alien spies or that they all spoke of the pompetous of love or both. I’ll give the correct answer in a second, but let me tell a story first.
I was in Yreka, California in late August trying to get to Tracy, California. Seems simple enough, they’re both on Interstate 5, about a 5 hour drive. But I had no car. When I got to the local bus station, an hour walk on sore feet, they said I could take a Siskiyou Stage bus to Weed. I was a bit suspicious of a town named Weed in the cannabis heart of the West. I got traveling clothes at Walmart. After 8 hours in Yreka, I got the bus to Weed.
The Greyhound station was smaller than my living room and on the outskirts of town. So what? The fat Jackie Gleason guy chewing an unlit cigar said he’d sell me a ticket but the bus came through at 11 pm, an 8 hour wait. Then I’d have to wait over 5 hours in the Sacramento station, most of the night, to get the morning bus to Tracy. I took the ticket and walked around town in 100 degree heat,  sore feet and giardia. Weed, named after Abner Weed, had a nice lumber industry museum that nobody had visited in weeks. It was air-conditioned. The volunteer docent wanted to talk. I also sat on a bench in the shade outside the crafts store and strolled all the aisles of the supermarket without buying anything. Then the whole town closed and it got dark. Then several hours later the bus came. Does it sound like I’m complaining about public transportation services in Northern California? I had nothing but time, 30 hours in all. O.k. yeah, I wanted to get home.
In Sacramento I asked if there wasn’t a faster way to get to Tracy. Yes there was. Go through Modesto. I’ll take it. Got to Modesto at 5 am, leaving at 8:30. Except that the bus station was closed and overrun with the homeless. It was interesting to be the only person who was actually traveling amongst about 100 roaming, ranting, awake and prowling unfortunate souls. Most asked me for a cigarette, and everyone checked the trash can next to me hoping there’d be a half sandwich sitting on top.
It was a bit like being in an open air insane asylum. Not as scary as you’d think, no one seemed threatening (though I'm sure they had it in them). Everyone conserved some dignity. One young woman sat next to me and spent half an hour on her skin care, her mirror hanging on her shopping cart. I mostly sat reading my book, but also talked to a few of the inmates (outmates?) with pleasure. Finally it got light, the station opened, I got my ride and home. Sunrise amongst the homeless Modestoans was something I won’t forget.
O.k., you guessed it. Everyone on the list was homeless at some time in their lives. Some for a short time, living in a car or sleeping in the park, some for years. Be kind to the homeless, they may be next year’s stars.

Oh, wait, there’s a name missing. I was traveling by thumb and 10 cents a day through the Middle East (not Middle Earth, though I was reading the Trilogy) in 1978-79, and more nights than not I slept in the fields or behind the train station. Once I slept under a truck, for two weeks I slept every night on trains. The benches in the parks aren’t that uncomfortable. All for poverty and adventure. I didn’t eat out of trashcans, but I did accept handouts a lot, lived for days and days on Arab bread alone, slept in garages and storage rooms, once on an office desk. The cops mostly left me alone. In Greece a German woman put 5 marks in my hand while I was napping on top of my backpack. I bought ice cream. Then I took the ferry to Italy and the rest is his-story.

Mutt:  Show me the first president's dentures, and I'll show you the .
Jeff:  Show me a famous composer's liquor cabinet and I'll show you Beethoven's Fifth.
Mutt:  Show me where Stalin's buried and I'll show you a communist plot.
Jeff:  Speaking of criminals, Arthur Winchester lives in a small town where everyone calls each other by his or her first name. In fact, everywhere he goes, Arthur is greeted by calls of "Hey there, Arty." "How's it going, Arty?" or "How are the kids doing, Arty?"
One fine afternoon, Arthur decided to go shopping. So he went to Pop's Grocery store and got everything he needed. Then he went to the counter to check out and chatted with Pop for a while. Finally Pop rung up Arthur's bill and Arty paid gladly. But when Pop was handing Arthur back a dollar bill as change he dropped it and it fell to the floor. Pop's son, who happened to be there as well, picked it up, but before he could hand it to Arty, Arty suddenly got outrageously mad and grabbed Pop's son by the throat and squeezed and squeezed until Pop's son dropped the dollar.
Then Pop's wife picked up the dollar bill. Again, Arty got very angry and grabbed her by the neck, throttling her and shouting, "Give me my dollar! Give it to me now!" Finally, she dropped the dollar.
Then Pop picked up the dollar. Arthur then grabbed him by the neck and strangled and strangled, shouting for his dollar bill until Pop too let go of the dollar and Arty was able to get it and go on his way.
The whole town was buzzing for months about the headline in the next day's paper: Arty chokes three for a dollar at local grocery store.
Mutt:  Good night and have a pleasant tomorrow.
Posted by E. Martin Pedersen at 6:14 PM