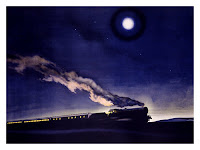 Now as the train bears west,
Its rhythm rocks the earth,
And from my Pullman berth
I stare into the night
While others take their rest.
Bridges of iron lace,
A suddenness of trees,
A lap of mountain mist
All cross my line of sight,
Then a bleak wasted place,
And a lake below my knees.
Full on my neck I feel
The straining at a curve;
My muscles move with steel,
I wake in every nerve.
I watch a beacon swing
From dark to blazing bright;
We thunder through ravines
And gullies washed with light.
Beyond the mountain pass
Mist deepens on the pane;
We rush into a rain
That rattles double glass.
Wheels shake the roadbed stone,
The pistons jerk and shove,
I stay up half the night.
To see the land I love.
Happy summer trials, Martin
Posted by E. Martin Pedersen at 10:18 AM No comments:

A small blond girl named Sandy was in one of Neal’s classes at State. He dug her. She barely even looked at him. One night at the end of the semester, Neal hatched a plan: invite Sandy out. The details were not very clear to him, that is, what he would say after “Hi,” but it was a good plan nonetheless.
As the teacher was explaining the format of the final exam, Neal leaned toward Sandy. It wasn’t the right moment perhaps, but his courage (or lack of) did not allow him to choose—now or never.


Oh no, he’d blown it, his one big chance at happiness. Neal was a disaster, he’d picked the wrong moment, the wrong girl, the wrong strategy. Everything he did was a mess. His life was ruined.
As he sat slumped in his seat, rejected and dejected, the bell rang. Rush off to your next class everyone. That was it. He’d missed the bus.
But then Sandy came up to Neal with a surprise. She handed him a pamphlet with a smile, a knowing, winning, sexy smile like she wanted to eat him. He just said, “thanks.” And she was gone like a zephyr.
The pamphlet said: March for Indian Rights! and had a date and place. Neal got there early because Sandy had given him a date at last. As the march started and colorful people chanted and drums and musical instruments played and megaphones shouted, angry people around him loudly protested, Neal was searching everywhere for Sandy. He pushed to the front of the long crowd, he wove his way against the flow to the back, he cut down the side to get ahead again. The whole day Neal spent in a demonstration of thousands of passionate folks looking for his lost love, never to find her.
When he went home and lay in bed that night, Neal wondered. Had Sandy stood him up? Had she been unable to attend because of an accident, a death in the family, or was she in bed with some guy on the football team? Would he ever get what he deserved? And one final question especially perturbed Neal’s sleep:
Was that a march for Asian Indians or American Indians?
Happy trials, Martin
Mutt: "Doctor, doctor! Birds keep building nests in my horses' manes! What should I do?" "Sprinkle yeast on them and call me in the morning." "But why?" "Yeast is yeast and nest is nest and never the mane shall tweet!"
Jeff: You’ve got to be kidding.
Mutt: "Doctor, doctor! Some days I think I'm a teepee, others I think I'm a wigwam! What do I do?" "Relax, you're two tents."
Jeff: Rerun.
Mutt: Have you got bills to pay?
Jeff: Yep.
Mutt: If you do, please give it back. He looks silly bald. Ha, ha.
Jeff: P.U.
Mutt: A male snake charmer married a female undertaker. Their bath towels read "Hiss" and "Hearse".
Jeff: I’m warning you …
Mutt: A man hit another on the head with a pop bottle, killing him. In court, he claimed he was influenced by the song "Let's Get Fizzy-Kill".
Jeff: That does it. I’m calling the cops.
Posted by E. Martin Pedersen at 9:01 AM 1 comment: 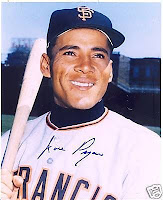 I left some out or got some wrong, but remembering the 1962 Giants lineup (when I can't remember last night's film) is very self-impressive. This is when my love of baseball started. These were my guys. And baseball must be good for you because many of them are still alive. Alvin Dark's around 90. So I post this in memory, from memory, to the memory of my favorite shortstop, José Pagàn, who died yesterday.

Happy trials, Martin
Posted by E. Martin Pedersen at 8:23 AM No comments:

With all its sham, drudgery, and broken dreams,
it is still a beautiful world.  (from “Desiderata,” Max Ehrmann) 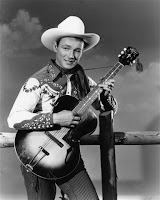 My first hero, along with Captain Kangaroo, before Willie Mays, was Roy Rogers. He would shoot the guns out of the badguys’ hands, then do some trick-riding on his best friend Trigger, then sing a duet with his perfect wife, Dale. Roy Rogers always knew the right thing, did it, and won. We need a role model like that, don’t we?
When, in high school, I became a letter-writer (guess I liked my friends (especially female) at postal delivery arm’s length, less threatening, you know). And I ended all my witty epistles with Roy’s salute (and ‘60’s hippie expression): Happy Trails! I even learned the song on my ukulele.

Then I turned world-traveler, hiker and hitchhiker, and it meant all the more to me. Happy Trails. Then I aged. Several of my friends died (car wreck, cancer, drink, cancer, car wreck, AIDS), my first marriage died, my career died, my professional music experiment died … some of my dreams, a bit of my health, a lot of innocent people in the world, enlightened principles, the good earth – it seemed like all humanity slid downhill … AVALANCHE!!!!!

Kids too scared to go outside to play, people afraid to talk to Arabs, fear of food, phones, travel, ill health, being alone, fear of losing a house, a job, a family, a love. Fear of bad stuff that hasn't even happened yet. As they say, the worst thirst is when your well’s NOT dry.

My slogan became “Happy Trials.” Okay, trials, tough luck, bitterness, got it, but why happy? Because in these hard times (in any times) it’s way too easy to be a pessimist! I want a challenge, something difficult– not to have a mindless smiley face, but a conscious, conscientious attitude of hope, a balance to achieve.

If I believe this is it, we get one go-round, then I don’t want to spend my 70-year allotment with a scowling heart.

Natalie Merchant said, in her masterpiece, “Life is Sweet”:


It's a pity
It's a crying shame
Who pulled you down again?
How painful it must be
To bruise so easily inside

Can I do it? Can I look on the sunny side? Will I live it like Roy Rogers?

No, I’m not succeeding yet in seeing the silver lining (rather than the dark cloud) in this world surely full of love, joy and beauty but teetering on the brink of disaster, immeasurable pain and violent despair, HOWEVER (as McMurphy said) at least I’m trying.

Mutt: Get it? The man said, “happy trials.”
Jeff: Happy isles, happy crocodiles.
Mutt: Happy smiles, happy argyles.
Jeff: Happy juveniles, happy exiles.
Mutt: Happy miles, happy gentiles.
Jeff: Boy, that was fun.
Mutt: Really?
Jeff: Two cows are standing next to each other in a field. Daisy says to Dolly, "I was artificially inseminated this morning." "I don't believe you," says Dolly. "It's true, no bull!" exclaims Daisy.
Mutt: If lawyers are disbarred and priests defrocked, doesn't it follow that electricians can be delighted, musicians denoted, models deposed, tree surgeons debarked, and dry cleaners depressed? (Teachers, of course, would be declassified!)
Jeff: English was invented by people, not computers, and it reflects the creativity of the human race (which, of course, isn't a race at all). That is why, when the stars are out, they are visible, but when the lights are out, they are invisible. And why, when I wind up my watch, I start it, but when I wind up this joke, I end it.
Mutt: Thank you.

Posted by E. Martin Pedersen at 6:36 AM No comments: