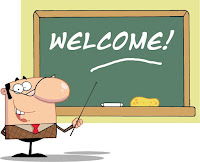 I just finished the semester in my 45th year of teaching. I have told my students, whether they're interested or not, about how I started, when I was 16, in an experimental peer-teaching program in the juvenile prison. I volunteered because I already knew I wanted to teach; I had known since 4th grade, Mr. Griffin.

The job was to go a couple evenings a week with materials of my choice and meet these tough young thugs who knew a lot about life that I didn't know, how to look cool smoking for instance, as I, in theory, taught them to read. I took my little brothers' picture books, the Dr Suess stuff. The prisoners couldn't even read Green Eggs and Ham, but they sure could tell me to fuck off.

I pondered a strategy, I felt like a failure. Finally I decided that I needed to get them alone (could they be armed and dangerous, I thought they could), so, feigning a need for quiet, I invited one or the other into a nearby room, and we tried reading pre-school picture books. It worked a little bit for a few of the junior gangsters, but it didn't do miracles. When the program supervisor asked me to evaluate the initiative, I suggested they not repeat. That killed it. Oh did I say that I was also terrified to be in a juvenile prison surrounded by presumed killers calling me candyass and pussyboy?

Then student teaching, which started in my senior year of high school in the 6th grade class at the elementary school across the street with a first-year teacher who became my best friend and who I reconnected with last summer. And then a couple summers teaching English to the children of  Mexican migrant farm workers, then classroom application of every theory from every class in my education courses: science ed, movement ed, math ed, reading and writing, all through the four years at FCC and UOP. Then English classes for Vietnamese refugees, student teaching in Mexico, and in an experimental year-round school in rural California. Zimbabwe, Egypt, New Games, grad school arts ed, creativity in ed, recreation ed, folklore in ed, American studies, lit, public speaking. Then substitute teaching from K-12 and community college classes.

I wound up in Sicily by accident and immediately started teaching in elementary schools as a volunteer, supplementary English and music and American culture combined. Plus the main gig of English at the university, which used to be meant for future teachers and which I still consider most likely to that end. I have been a small part of the preparation of most of the English teachers in the schools in the area. Hopefully not a bad example.

After 45 years I still have the same enthusiasm as when I started, still the same certainty of career choice that drove me since 4th grade. I still like to tweak my courses every year to challenge myself and my students to learn more and better, even when most of them resemble slugs succumbing to death by boredom and fatigue at age 20. I focus on the live ones.

It's almost time to give it a break, but I've got a couple more years to go. I have plenty of writing to do, music to play, other stuff to keep me moving, but it will feel very strange when I hang up my spikes. For now, the old dog just says: 45 and counting.


Mutt:  Hello old man.
Jeff:  Who're you calling 'man'?
Mutt:  I've been reading books lately.
Jeff:  But you can't read.
Mutt:  I can look at the pictures.
Jeff:  What did you see? Let's hear it.
Mutt:  I learned that barbed wire was first used for de fence.
Jeff:  What else?
Mutt:  Before John Campbell invented lubricating oil, he was just squeaking by.
Jeff:  Oh brother. Listen, candles were first used on a birthday cake for people who wanted to make light of their age.
Mutt:  See? You get it. The cavewoman’s first words to her husband: “Don’t just stand there – slay something!”
Jeff:  Clothes hampers first became popular with people who wanted to throw in the towel.
Mutt:  Comment from the first photofinisher: “Someday my prints will come.”
Jeff:  Dental floss was invented in 1938 – that’s the tooth!
Mutt:  During the first labour dispute, a non-union laundry worker said, “Let’s iron while the strike is hot.”
Jeff:  First poultry reprimand: a woman had to scold her chickens because they were using fowl language.

Mutt:  Eve asked Adam to start the first garden – the first thing he dug up was an excuse.
Jeff:  Eve was the first person to eat herself out of house and home.

Posted by E. Martin Pedersen at 7:29 PM No comments: