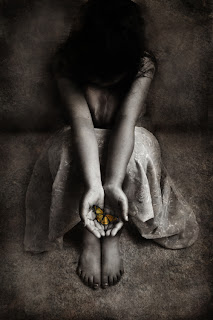 Human progress is neither automatic nor inevitable... Every step toward the goal of justice requires sacrifice, suffering, and struggle; the tireless exertions and passionate concern of dedicated individuals.
Martin Luther King, Jr.
When I was a teenager I loved to debate or spout off or hear myself talk. Not chit-chat but substance, important things. They were dramatic times, before and after 1970. We didn’t have formal debating at my high school like my father did—he told me about his days as captain of the Stockton High debating team—but plenty of schoolyard arguments occurred. Logic and rhetoric pitted against logic and rhetoric in a duel to the death. Yessir.
And one of the major questions we discussed, or that I subjected my friends to was/is: Is humanity progressing? Is society improving? Are all the efforts of good people succeeding? Generations dedicating their lives to making a better world, is it working?
Often it doesn’t seem so. We can see the power of a tiny match to destroy a car, house, city, forest pitted against the slow, hard work of building, planting, nurturing, reaping. The symbol of our times is the suicide bomber. Peace explodes in an instant. Back then it was the atom bomb, which destroys without even going off, except twice.
And I still remember my answer: yes, the world is progressing. And I still remember my supporting evidence: because in the 19th century there was a movement against human slavery, many of my relatives were involved with, and it was finally victorious. Human slavery was abolished, erased from the world, our dark past immorality cancelled to allow a brighter future for all, free and equal!
That was my adolescent argument. Now? Now I wish I still believed that. I need to believe that. Why work if not for a better world? For one’s own belly? To keep trudging along towards the hole you can’t wait to jump into? Why hope for better lives for your children? Is yours better now because of your parents’ and grandparents’ sacrifices? It should be or you’re dishonoring their lives.
There’s bad news. Terrifying news. Human slavery is back. It may even be worse now than the African slavery of the 1700-1800’s because it is worldwide and often sexual. Human trafficking doesn’t just reduce people to machines but reduces the bodies of women and children to scorned objects to use, abuse and toss away. It could involve 30 million slaves. It is a devastating scourge.
Yeah, but what does that do to my theory of 40 years ago? My symbol of human progress has turned worse than ever in only one generation. Maybe all our other hard fought successes will be brutally overturned and crushed. Smallpox pandemic coming up?
It’s all about quality of life, right? Think yours is high, low, good enough? Overworked, stressed, burnt-out, depressed? What’s the root cause, anyway, of sexual slavery, narcotic drug addiction, war and violence everywhere? Deep down, what’s wrong with us? How did we get to be a world of prostitutes, junkies, and killers? I don’t buy human nature as an answer. We can choose. We can be better. Something in the system has failed.
In Italian the expression is: hope is the last thing to die (la speranza è l’ultima a morire). I’d say if you don’t hope you’re already dead, alive but with nowhere to go. So hope? I hope.
Happy trials, Martin

Mutt: Did you know, my friend, that research tells us fourteen out of any ten individuals likes chocolate.
Jeff: For the love of Mike, please practice safe eating.
Mutt: How so?
Jeff: Always use condiments.
Mutt: Did you ever hear of Dijon Vu?
Jeff: No, you?
Mutt: Sure it’s the same mustard as before.
Jeff: And a hangover is the wrath of grapes.
Mutt: And a boiled egg in the morning is hard to beat.
Jeff: And bakers trade bread recipes on a knead-to-know basis.
Mutt: They do, but do you know what is small, red and whispers?
Jeff: ‘Fraid not.
Mutt: A hoarse radish.
Jeff: Do you know what turns without moving?
Mutt: ‘Fraid to ask.
Jeff: Milk. It can turn sour.
Mutt: And where does a jellyfish get its jelly?
Jeff: Go on.
Mutt: From ocean currents.
Jeff: Okay then, what do you call cheese that isn't yours?
Mutt: Give.
Jeff: Nacho Cheese.
Mutt: All right, last one. What kind of coffee was served on the Titanic?
Jeff: Go for it.
Mutt: Sanka.
Jeff: And what kind of lettuce?
Mutt: Uh, oh, uh oh, I can hear it coming … ICEBERG!!!
Posted by E. Martin Pedersen at 7:25 AM 2 comments: