Dr. John to the Rescue 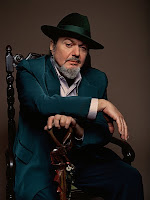 I’m listening to The City That Care Forgot by Dr. John. It’s a record of anger and sadness, cutting deep, about the shameful response to the disaster in New Orleans. I find myself shaken, moved by the harsh beauty of the raw. Sometimes a song can hit a nerve you weren’t expecting. It’s happened to me before.

It takes a good writer to tell a tragedy without melodrama or vanity. I can’t do that very well yet. I’m working on a set of songs I wrote the day my mother died. So far they seem pathetic, verging on banal.

So I remembered other songs that have struck me, provoking an excessive response when compared to my emotional reaction to events in my life or in the real world as shown on TV. For example, I was shocked and enraged when Katrina happened (worst natural disaster in US history, as you know), but even more so by the songs of this noble spokesman for the nearly 2,000 victims.

Here’s a list of songs that, for whatever reason, drew blood:

If you put those together you’d get too many punches, but you’d see what I mean, or just meet my nostalgia. Tell me, if you like, what’s the saddest song you ever heard? When did a song choke you up? Anybody remember Johnnie Ray who sang Cry every night of his life and cried every time?

While we’re all under machinegun attack by the vendors and liars, tragedy milkers and two-for-one dope dealers, at least we can still let ourselves be affected by a few simple words and a soulful tune.


Mutt: Which is the most feared of the forest inhabitants?
Jeff: No idea, but I’m sure you’ll tell me.
Mutt: Well, a hawk claimed that, because he had the ability to fly, he could attack anything from above, and his prey wouldn't stand a chance.
Jeff: Okay.
Mutt: But then a lion pridefully said, "Due to my strength, no one would dare challenge me!"
Jeff: Right.
Mutt: The skunk, incensed, said, "I need neither flight nor might to frighten off any creature!" So the trio were debating the issue, when a grizzly bear came along and swallowed them all ...
Jeff: Yeah?
Mutt: Hawk, lion and stinker.
Jeff: Oh man, did you just cut one?
Posted by E. Martin Pedersen at 7:38 PM

Happy Trials, Martin . .
there will always be another sad song.
My vote is 'Boulder to Birmingham.'

Unknown said...
This comment has been removed by a blog administrator.
Monday, June 14, 2010