I Had a Musical Dream

It was a concert just for me. All my favorite musicians played at the same place, in Golden Gate Park near where I grew up. And it was all FREE!


Mutt: What the heck was that about?
Jeff: Some music festival in San Francisco. (Hardly Strictly Bluegrass)
Mutt: I hate music.
Jeff: Me too.
Mutt: I tried to write a drinking song once, but I couldn't get past the first bar.
Jeff: I hate music.
Mutt: Like the guy who broke into song because he couldn't find the key.
Jeff: Or the musical about a train conductor.
Mutt: What?
Jeff: "My Fare, Lady”
Mutt: How about the Disney movie about the tall-tale-telling champ?
Jeff: The Lyin' King? Oh mercy.
Mutt: Okay, here’s a good one.
Jeff: I doubt it. 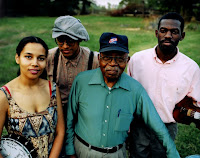 Mutt: A guy walks into the psychiatrist's office wearing only plastic wrap shorts. The shrink says, "Well, I can clearly see you're nuts."
Jeff: So are you … both.
Posted by E. Martin Pedersen at 9:01 AM