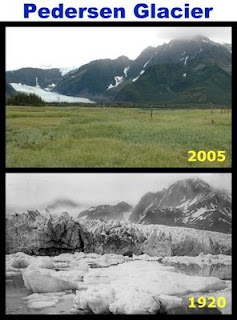 “Hey Old Man, do you really remember the first Earth Day?”
“‘Course, I was in high school. Most people thought it was stupid, we didn’t have ‘days’ for just about everything back then—mother’s day, father’s day and groundhog’s day, that’s about it. And when the whackos who proposed it said it was to help the ecology, we had no clue what that was. Our biology teacher said that  meant nature. Okay, you mean like farms? Like not using pesticides. I read Rachel Carson. And John Muir and Aldo Leopold and Thoreau and Heyerdahl. I joined the WWF. Later I read Edward Abbey and E.F. Schumacher, Whole Earth Catalog and Ralph Nader. I joined Greenpeace. Then I fought the nukes and the nukes won (but I’ve already told that one).”
The Great Pacific Garbage Patch. The Hole in the Ozone Layer (which, they say, is coming back). Global Warming, Ice-cap Melting. Fossil fuels, Greenhouse gases, Endangered species and extinction, Biodiversity, Renewable energy, Habitat destruction, Overfishing, Deforestation, Air & Water quality, Genetic pollution, Desertification, Overpopulation, Urban sprawl, Soil loss and contamination, Noise pollution, Light pollution, Nuclear waste management, Water and food shortages, Acid rain, Oil spills, Dead fish & birds, Smog, Over-consumption, Mining, Nuclear accidents, Human-provoked natural disasters, Toxins, Garbage management, and now, in Japan, traces of iodine in mother's milk. HAVEN’T WE DONE ENOUGH DAMAGE ALREADY???
But if our brilliant technology is responsible for this mess, it can also get us out of it, right? Green living in a green world (isn’t that a Tepco slogan?). Well, whatever faith I had in the science of solutions went up in radioactive clouds from Fukushima Dai-ichi. Plus, we’re never going to solve the above problems (think decades or centuries of global effort to reverse negative trends) if we’re busy auto-eroticizing with our hand-held devises. Heads in the sand, wake me when it’s over, overwhelmed by our own self-destruction, "is Dancing with the Stars on yet?"
“So Ma, got any suggestions?”
“Yeah, I desperately need a break. Remember the lemmings? If you all made that small step for a man (off the cliff), I could make a giant leap back to natural balance. I know it’s a final solution, but what’s hurting me is you, my child. Either quit right now or get lost!”
We humans are the new kids on the block. Gotta show some r.e.s.p.e.c.t. for everyone and thing that was here before us. Instead, we’re just wrecking, plundering, raping. We’re killing our mother (and feeling surprisingly little guilt). And we have the gall to celebrate Earth Day one day a year. She spits on our rock concerts and pamphleting.
“You mean we have to radically change our lives and our entire world? Rebuild our societies and minds? Isn’t changing light bulbs enough? I don’t wanna go back to the Stone Age. Mommy! Help me!”
“No kid, I’m tired. You help me for a change.”
That photo above is the Pedersen Glacier near Seward Alaska, named after my great-grandfather Louis. He took the picture on the bottom in 1920. When my namesake is gone, what will I lose?
Happy trials, Martin
Mutt: The usual loose-screw extremist.
Jeff: Is he dangerous?
Mutt: Nah, nobody ever listens to him anyway.
Jeff: Oh good. I was worried.
Mutt: Did you hear about Tom Finn, the scientist?
Jeff: No. Enlighten me.
Mutt: Well, Mr. Finn, a noted biologist, was stumped. He had spent months studying the little green frogs in the Keefo swamp. Despite all efforts at predator control, the population was declining at an alarming rate. Finn finally went to the chemistry department at his college to see if anyone there might be able to help. They looked into the problem and came up with a solution. The little frogs had succumbed to a chemical change in the swamp's water and simply couldn't stay coupled long enough to reproduce. The chemists brewed up a new adhesive, made from a dash of this, a zoss of that and, most critically, one part sodium.
Jeff: You mean...?
Mutt: Yes. The frogs needed a mono-sodium glue to mate!
Posted by E. Martin Pedersen at 10:03 AM