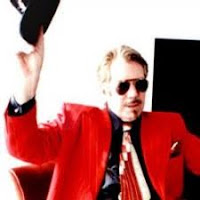 I’m back, back, back on the streets again. (Sounds like I just got out of jail … no, sounds like Tower … of … Power) Whatever it sounds like, truth is I spent the summer in Californ-i-a, and I heard some live music, studied some more and even made a little. Not always sweet music, it was a hard summer personally, but the savage beast was tamed on several occasions.


Ditty Bops: the girls were adorable, cute almost to a fault, but the songs they sang in such a happy style were often sad love songs. Something amiss with this duo of married women? They were funny and coy, delightful to the end. Then it happened. They skipped off-stage and the crowd went wild for an encore. But they never came out. They didn’t even come out to sign CDs later. Very bad form. Left a sour taste.
Neko Case: free concert in Stern Grove (the park in the Parkside District, I grew up a couple blocks from there). Last year we were thrilled to see Jovanotti there. Great venue but get there early. Well I knew they didn’t open the park until two hours early so I was there, but I must have missed the memo that said they’d open much earlier this time. The whole place was packed with thousands of fans, so we had to sit so far up on the hill that we couldn’t see or hear anything. I think it was a good concert and that she’s a good singer/songwriter, but I wouldn’t know for sure.
Sourdough Slim: we drove up in the hills to Fiddletown, not really believing that a Fiddletown existed or that we’d hear fiddles there. At Scofield Ranch we walked into a Western movie set complete with cowboys and cowgirls chatting us up, sitting us down and welcoming us to the best barbecue chuck what am. Then the fun continued with the great Sourdough Slim, relaxed, funny, nostalgic, expert singer and musician, funny, warm and wise. I know I said funny twice, he’s that good. I bought his latest CD and we talked until he had to go back on stage for more. A thrilling evening of joy, even for us not-cowboys.
Eddie Vedder: I thought Eddie Vedder was a pro. But he was having such a good time in Oakland at the Paramount that he wouldn’t shut up. Not that anyone wanted him to. He played on and on; we almost missed the last Bart train. Ukulele songs, Into the Wild, Pearl Jam, other stuff, it was incredible music against all the rules. One guy, acoustic, even a song without the mikes (chills), warm and fun, the Surfer did an encore that lasted an hour. I told you he just wouldn’t stop. Hope he never does.
The Producers: this was by far the best musical I ever saw. And I write the things. But only Mel Brooks could put this many laughs in one show. What impressed me even more was the direction at the Music Circus and the acting, which was outstanding. Some people I overheard weeks later were raving about it, saying Sacramento better than Broadway. The unknown protagonists better than the New York stars. I agree. Great. Unforgettable. If I had any mystery disease going in, I laughed it away in there. A shot of good health.
42nd Street: this was a local Stockton show, amateurish and barely worth the effort. The tap-dancing was weak, the acting, the direction, the playback music, even the theater ain’t nothing special. The protagonist was great however, she was the only star in the sky. Danced, sang and acted like a pro. UOP student, of course.
Billy Elliot: I was psyched, then what happened? This was the big San Francisco hit of the season. Maybe I was hyped. It didn’t thrill me, even though the dancing and singing was fantastic. No talent show stuff here, these were top professionals displaying their skills. Maybe I couldn’t get into the story, English miners on strike, or maybe I was bothered that the kid, who was a brilliant dancer and perfect singer, was an Asian boy from Los Angeles with a spot-on North English accent. Yes, that did bother me. He’s acting a part, okay, but you don’t get Denzel Washington to play John Kennedy. It stuck out. I didn’t want my money back, it was a pleasant evening, but I felt perplexed.
Dan Hicks: finally, the moment I waited all summer for. The Hot Licks, the Lickettes, the Lick Men (deal with it, he says). Great band, weird songs, but the star is Dan the Man, droll as a rock in Death Valley, dry as the funniest man on earth alone on a rock in Death Valley. Dan Hicks is so good, such a charming wit, that you could only not laugh if you didn’t speak English (like my seat-mate). I was rolling in hysterics for two hours. I love this whatever-it-is music, but my face ached afterwards from my smile cracking (some people think I am incapable of smiling, they’re wrong). Thank you Dan Hicks. I’ll put you in a book sometime. Oh, already did. Never mind.
Happy trials, Martin

Mutt: A Polar bear walks into an English 'fish and chip' shop and says to the person taking the order, "I'll have a Cola and ............................................................................... large fish and chips ." The order taker asks, "What's with the big pause?" The bear says, "I dunno, I've always had them."
Jeff: Did you subscribe to Boy’s Life as a child?
Mutt: No, but I do now.
Jeff: Let me tell ya, if you want to make money as a comedian you gotta have the cents of humor.
Mutt: I don’t get it.
Jeff: Read.
Mutt: Once there was a mad scientist who worked by himself in his laboratory. Stop me if you’ve heard this.
Jeff: Get on with it.
Mutt: He was so lonely that one day he decided to clone himself. Everything worked perfectly except that the clone had a very foul mouth. The scientist worked with the clone, but alas, he could not make the clone clean up his language. He got so tired of the clone's language that one day he pushed him off the edge of a cliff. A policeman rushed up to him, and yelled, "You are under arrest! You are under arrest!"
"What for?" the mad scientist asked.
And the answer was …
Jeff: I can see it coming.
Mutt: For making an obscene clone fall.
Jeff: Okay, got one, and it’s a true story.
Mutt: Oh goody, I love true stories.
Jeff: It seems there were three monks who enjoyed raising plants and were trying to keep a flower shop running, selling unique and exotic plant life. One day some children were playing behind the shop and were eaten whole by an extremely rare man-eating plant. The parents, needless to say, were outraged and demanded that the friars get rid of the dangerous plant. The friars refused, so the parents and the people of the town tried several ways to get the friars to consent, but finally they had to ask Hugh, the town blacksmith (undoubtedly the strongest man around), to run the friars out of town.
Mutt: Hmmm.
Jeff: The Moral of the Story, my friend, is : "Hugh, and only Hugh, can prevent florist friars!"
Mutt: Good night, David.
Jeff: Good night, Chet.
Posted by E. Martin Pedersen at 6:13 PM