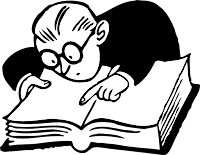 A sexual predator is a person seen as obtaining or trying to obtain sexual contact with another person in a metaphorically "predatory" or abusive manner. Analogous to how a predator hunts down its prey, so the sexual predator is thought to "hunt" for his or her sex partners.

A pathological liar is a person who exhibits the behavior of habitual or compulsive lying (also called pseudologia fantastica and mythomania). It was first described in the medical literature in 1891 by Anton Delbrueck.

Narcissistic personality disorder is a mental disorder in which people have an inflated sense of their own importance, a deep need for admiration and a lack of empathy for others. But behind this mask of ultraconfidence lies a fragile self-esteem that's vulnerable to the slightest criticism.

Sociopath: A person with antisocial personality disorder. A sociopath is often well liked because of their charm and high charisma, but they do not usually care about other people. They think mainly of themselves and often blame others for the things that they do. They have a complete disregard for rules and lie constantly. They seldom feel guilt or learn from punishments.

Bully: a blustering browbeating person; especially one habitually cruel to others who are weaker.

Racist: a person who believes that race is the primary determinant of human traits and capacities and that racial differences produce an inherent superiority of a particular race. 2: a doctrine or political program based on the assumption of racism and designed to execute its principles.

Bigot: a person who strongly and unfairly dislikes other people, ideas, etc.: a bigoted person; especially a person who hates or refuses to accept the members of a particular group (such as a racial or religious group).

A misogynist is a person who hates or doesn't trust women. Misogynist is from Greek misogynḗs, from the prefix miso- "hatred" plus gynḗ "a woman."

Homophobe: a person with an irrational fear of, aversion to, or discrimination against
homosexuality or homosexuals

Islamophobe: a person with an acute dislike of or prejudice against Islam or Muslims, especially as a political force.

Fraud: a person who intends to deceive others, typically by unjustifiably claiming or being credited with accomplishments or qualities. See also: imposter, fake, sham, pretender, hoodwinker, masquerader, charlatan, quack, mountebank.

Last, but not least:
Impeachment. A formal accusation of wrongdoing against a public official. According to the United States Constitution, the House of Representatives can vote to impeach an official, but the Senate actually tries the case. This safeguard against corruption can be initiated against federal officeholders from the lowest cabinet member, all the way up to the president and the chief justice of the U.S. Supreme Court.

Happy trials, Martin
Posted by E. Martin Pedersen at 9:41 AM