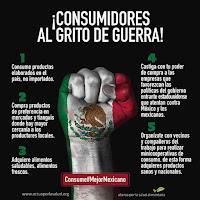 The Power of the Almighty Dollar

It run/ruins our lives (more on that another time), and right now it's being used as a political tool, an instrument for change. The Democrats have virtually no power in Congress, maybe the dollar does. So, there are boycotts instated and immediately effective (see Nordstrom's). Behavior changed. The White House trembles, Don, Melania, Ivanka, their empires of gold teetering. Here's my take.

Say you are opposed to Trump as a person, businessman and president and the reactionary Republican agenda he's shoving through. Who to boycott?

WARNING: These lists are incomplete and possibly inaccurate and constantly changing, so send me comments to make them better.

His financiers:
Trump auto-financed, sometimes paying his own businesses (335m)
Rep. Party and MAGA committee (543m)
Super PACs (79m) -- Future45, Rebuilding America Now, Great America PAC, Make America Number 1, Reform America Now, Save America From Its Government and many others. Who are these people? If you find out, let me know.

What are the Mexicans doing? Many are boycotting all American products, especially those symbolic of the U.S. like Coke, Starbucks, Walmart, McDonald's, KFC, Costco. They are preferring local Mexican products. They have been terribly mistreated and are very upset and offended. The peso talks too.

What do I think? Boycotting companies like Starbucks that has never supported Trump is wrong ... but I'd do it anyway. I feel like buying from Nordstrom's the day after they announced they were pulling the Ivanka line (as soon as they sold remaining stock) is splitting hairs. This is not the time for splitting hairs; it is time for hitting the President by hitting the American economy as hard as possible. Buy local, buy from family owned businesses, buy from Trump opponents, and most of all stop buying. Whatever you need, apart from basic necessities, you can do without, at least for now. After the Impeachment we can all go on a shopping spree (or not). I feel radicalized by the current situation, and I'll return to normalcy when my country does.

Where to find out more: #GrabYourWallet #AdiosProductosGringos

Mutt: Well, the boss sure is on his high horse again.
Jeff: Yeah, that was pretty extreme.
Mutt: Extreme boycotting.
Jeff: The only antidote is extreme humor.
Mutt: Well, The earthquake in Washington obviously was the government’s fault.
Jeff: Be kind to your dentist. She has fillings, too.
Mutt: What happened when the cow tried to jump over a barbed wire fence?
Jeff: I should know this.
Mutt: Udder destruction.
Jeff: Cannibals like to meat people.
Mutt: Jokes about German sausage are the wurst.
Jeff: What happened to the lawyer who was thrown out of a saloon? He was disbarred.
Mutt: Did you hear about the cannibal who was late for dinner?
Jeff: Can't say that I did.
Mutt: He got the cold shoulder.
Jeff: You know, Mutt, those who get too big for their britches will be exposed in the end.
Mutt: This girl at the bank said she recognized me from the vegetarian club, but I’d never met herbivore.
Jeff: What were you doing in a bank?
Mutt: It's air-conditioned.
Jeff: I was in a greasy spoon, somebody says: "Waiter! This coffee tastes like mud." He answers, "Yes sir, it's fresh ground."
Mutt: Ha! A dentist married a manicurist, but they fought tooth and nail.
Jeff: Yeah, when they bought a water bed, the couple started to drift apart.
Mutt: My first job was working in an orange juice factory, but I got canned because I couldn't concentrate.
Jeff: I used to work for a blanket factory, but the company folded.
Mutt: What kind of coat can be put on only when wet?
Jeff: A coat of paint. You liked nursery school, didn't you?
Mutt: And I had a photographic memory that was never developed.
Jeff: What musical is about a train conductor?
Mutt: "My Fare, Lady."
Jeff: Packing up and relocating to a new home can be a moving experience.
Mutt: A small boy swallowed some coins and was taken to a hospital. When his grandmother telephoned to ask how he was, a nurse said, "No change yet."
Jeff: Change is good.
Mutt: Oh brother, right now regime change is good.
Jeff: Here's to hope.
Posted by E. Martin Pedersen at 12:26 PM