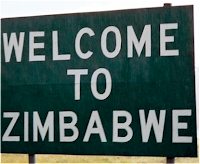 Zimbabwe is suffering: AIDS, inflation, hunger, dictatorship. It was when I was there too, thirty-five years ago. In 1975 I spent a long summer in the Mtoko Tribal Trust Area (Chief Johnny Mtoko’s land), in the northeast corner (of then Rhodesia) near the Mozambique border at a place called the Dendera Community Development Centre. It was run by a couple from Sacramento, California: Bill and Esther Finster. Bill was a forestry manager hoping to bring back the trees that the locals cut for firewood, a losing battle in a desperate, parched land. At the center we had a clinic (with a nurse and an aide), a church, an adult literacy program, and an agriculturalist teaching farming/gardening in perpetual drought conditions. There was a reservoir that, in the dry season, women would walk even 25 miles to use, sleep overnight on the ground outside our house, then carry a jug of water home on their heads another 25 miles home. The precious water was infected with bilharzia, a parasite. Across the big pond there was a public school. Since it cost a dollar a year to send a child, most families could not afford it. They had no income.

And there was a civil war going on that was a decade old. We heard fighting nearby, but our center was protected by both sides. Probably because we treated both government soldiers and freedom fighters at the clinic (I was told to stay away when they arrived). For civilians I drove the ambulance (a right-drive Land Rover) on the long trip (about 4 hours) to Nyadire Hospital along the main A2 highway, a horrible, non-maintained dirt road, while another driver named Joseph would drive the smaller roads and trails around our area to pick up people because the roads were mined by the guerrillas, and Joseph knew where the mines were.

I helped Bill and Esther (Baba and Amai). I boiled oil drums of water. I tended to the chickens, fast little devils. I gathered the pawpaws. I washed clothes on a washboard and took showers outdoors from a sort of watering can on top of a ladder. I drew posters for the nurse to teach mothers how to keep their children alive. I recorded the beautiful singing of our friends who gathered in our living room after curfew (risking arrest). I unpacked barrels of books donated by the Americans and made a library.

One day I was supposed to meet with the school children, and I was very punctual (naturally), whereas their teacher was an hour late. So while waiting I grabbed a picture book from the new untouched library and read to them. It was a popular book among American kids: The Bear’s Christmas, all about snowmen and reindeer. The African kids seemed to enjoy it, all sitting up close and staring wide-eyed at the pictures (I couldn’t tell how much English they spoke; their native language was Shona). I ended with the usual, “Any questions?” and one brave soul asked, “What’s a bear?” Oops. I tried to explain. A furry animal big as an ox that lives in the forest. “What’s a forest?” Um, a bunch of trees, big trees. And then the killer question: “What’s snow?” The teacher arrived and saved me from further embarrassment.

Baba Finster had built all the buildings in the complex himself, including their small farmhouse with a kitchen table next to the window with yellow curtains. The people that Amai helped as she could would sit on the ground right outside that window. Women and their nursing babies mostly. They would not beg or demand, just sit there. Hungry. Starving. Watching us eat. Every day. We had simple food, much of it canned (no fridge), fruit for dessert, orange squash and coffee. We saw the starving, dying people a few feet away and ate our meals while trying to get radio reception (it came and went) for our only contact with the outside world. We ate so we would be fit to continue helping these gentle, warm folks. They all have names, you know, all those babies that die. Their families love them all and cry at their funerals. The Shona are good, kind people who just don’t have resources.

I was eager to do something important at Dendera so Baba showed me the closet full of weird stuff sent from America. One thing struck me: a volleyball and net. He said skeptically, “You want to set it up? Go ahead.” I worked with Thomas the handyman to set up two poles and boundary lines, all measured precisely. Then I pumped up the ball, and, in the evening, after the clinic and school closed, I invited everyone to come play. I showed how to serve and hit, but the Africans were not bothered by regulations and technique; they liked to have ten on a side (or fifteen) and just hit the ball around and laugh. Keeping score became unimportant or impossible. I saw all these friends, who had lived in hardship all their lives, come every evening before sundown to play a chaotic volleyball game. The shouts of joy could be heard all around the complex, but we also heard bombs, grenades and gunfire from over the copse. Sometimes the nurse excused herself to go treat an injured fighter. The Shona lived in a country at war with itself (1965-1980). Nothing could stop that, but volleyball did raise a smile. A bizarre normalcy.

I had virtually no contact with the ruling white minority during my time spent in the tribal territory. I only drove through Salisbury (now Harare) on my way to the airport. I experienced a lot and learned a lot. I gave away most of what I brought from home (a frisbee, a flashlight, a harmonica), but I took with me a lifetime of lessons learned in only 3+ months. Maybe being there for a short time clarified the events for me; after 30+ years in Sicily almost nothing is clear, and I feel I have almost nothing to share about this culture. I’m not the sociologist in the family.

So what were these great lessons I got from this enchanting, unlucky, once-glorious people, the Shona? 1. Know your context. 2. Look after yourself, then others. 3. Find a reason to laugh. That’s kind of a phony list of platitudes. You can do better. We don’t need the slogans, but we do need one another’s stories. And we need to meet others to know ourselves. So, young people, go to college but also go to Africa and say, “how can I help?” Once the great continent’s healthy again, it will teach us all about how to live.

I’ll put some of my field recordings from Dendera, Mtoko, Zimbabwe on Martin’s Moan and Drone.


Mutt: Did you know sir …
Jeff: Uh, oh, here it comes.
Mutt: That the roundest knight at King Arthur's round table was Sir Cumference?
Jeff: Jolly good, old chap. Did you hear about the butcher who backed up into the meat grinder and got a little behind in his work?
Mutt: No. But I did hear about the dentist and the manicurist who fought tooth and nail.
Jeff: Nix, Mutt, nix. I heard that when the smog lifts in Los Angeles, U.C.L.A.
Mutt: Oowah! I heard that when a clock is hungry it goes back four seconds.
Jeff: Please stop, for the love of Mike. My calendar's days are numbered.
Mutt: Help!

A man never discloses his own character so clearly as when he describes another's.

Lots of incredibly good reading here, many thanks! I was researching on yahoo when I found your submit, I’m going to add your feed to Google Reader, I look forward to additional from you.