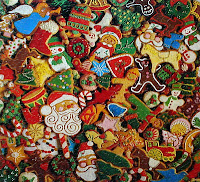 My yearly humbug a month late? Yes, but a diff take on the season this year. For one thing, I sailed to ye good ol’ U.S. of A. for a new look-see.
The United States of America, the great social experiment, the wild, impractical, honorable, nutso experiment in arbitrary and strained co-habitation. Can former enemies, current enemies, haters of other races, religious fanatics, speakers of different languages, live side by side, get along, form friendships, intermarry and reproduce (see Barry O’s folks), become one people, unite? Citizens from everywhere else crammed into somewhere else become united by what they find to share. (sounds like campaign rhetoric there) But we don’t truly share enough and the experiment fails every day.
I’ve wondered what the big deal with the flag is. Then I got it. The common mutual identity of every other country missing, we’re stuck with a marker, a phony symbol of improbable unity. We’re all flag-wavers, at least. Yet there must be more. Do the Russians, Africans, Indians, Indonesians, Portuguese become Americans through partaking in football or fast food? It is a choice, you know, you can live in the country or be of the country, no matter where you were born.
So that brings us to Christmas, an overwhelming holiday. The lights, trees, Santa hats in the supermarket, the soundtrack played all over the radio and public address systems. You cannot escape Christmas in the U.S. Muslims, Jews, Buddhists, Hindus, etc., are celebrating with the Christian believers and non-believers. Despite “reason for the season” talk, it is now a universal national month of festivities. That beats the stars and bars any day.
Don’t want to feel good, hum along with the songs, smile at each other, wish strangers well, smile at the colored lights, laugh at the silliness, watch the stupid movies, enjoy the excess of food/drink/gifts/family (when will they leave?)? Tough! You got no choice, everybody does Christmas. It’s the ‘Merican Way. Land of plenty, hell, land of too much and-you-know-it. So go on, get happy, eat candy.
And shopping, ahhh, the shopping season, do your stores a favor, fill that cart and that extra bedroom since the garage is already stuffed to the roof. Buy buy old year—hello new … wardrobe/toy collection/next generation electronic do-dads/food till you cry ‘Uncle’, and so on. Shopping not a hobby? Shopping is the great American pasttime, most evident in December.
I’m reading Willa Cather. New immigrants on the western frontier had nearly nothing, slowly acquired the basic tools for survival, then bought that little sugar lump or ribbon for the girl’s hair. Skim five generations ahead. We don’t fix things, we don’t build things, we don’t entertain ourselves anymore, we don’t walk for the joy of walking, we don’t play (casinos don’t count) – we’re too busy down at the mall! There’s a sale on, everything and everyone is half off! Half off!
At the mall, you see the oldest settlers’ descendents and all the new peoples (in my town they’re Asians and Arabs), who may not have assimilated much yet (first generation, you know, like me), but they’re all down at the mall shopping their American hearts out. Land of plenty, milk and honey, toys ‘r us, candyland, dream come true. Salaries are high enough to give everyone that small or large surplus to spend, so spend baby spend! Bush said it was our patriotic duty; I say it’s the emblem of patriotism, of Americanism (which doesn’t really exist, except in advertising). Merry ca-ching Christmas!
Don’t like it? Find it an empty, valueless, superficial lifestyle? Move to Cuba. But don’t bring a boatload of Cubans with credit cards to a Miami outlet, they’ll go berserk.
Hey, I only call ‘em, like I see ‘em.
Happy ca-ching trials, Martin

Mutt: Including Rudolph, how many reindeer does Santa have?
Jeff: I know this. No I don’t.
Mutt: Ten: Dasher, Dancer, Prancer, Vixen, Comet, Cupid, Donner, Blitzen, Rudolph and Olive.
Jeff: Olive?
Mutt: Yes, Olive the Other Reindeer.
Jeff: Okay, what did the kids say when they saw Dr. Jekyll the Truant Officer coming?
Mutt: Uhhhh.
Jeff: "Hyde! It's Dr. Jekyll!"
Mutt: Too ambivalent. How can sea captains use amphibians?
Jeff: As froghorns? If a seagull flies over the sea, what flies over the bay?
Mutt: A bagel?
Jeff: What did the kid say when his mother poured oatmeal on him? I’ll tell you: "How can you be so gruel?"
Mutt: Yucky. So how did Colonel Sanders die? Give? He choked on his fingers.
Jeff: If you continue, someday I’ll lose all my respect for you.
Mutt: I lost mine for you three years ago.
Jeff: How do you change tires on a duck? With a quackerjack. I learned that one from a three-year old.
Mutt: I learned this from a two-year old: What colour is a belch? Burple.
Jeff: What did Tarzan say to his wife?
Mutt: Go.
Jeff: "Jane, it's a jungle out there!"
Mutt: How do you tickle a rich girl? You don’t know this? Oh, you should. You say "Gucci Gucci Gucci!"
Jeff: Uncle.
Posted by E. Martin Pedersen at 6:12 PM